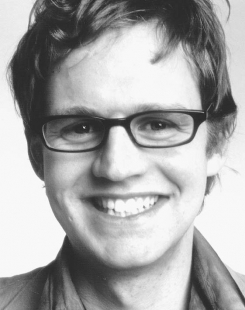 Mark is a comedian, writer and broadcaster.

He is probably best known as the host of the hit Channel 4 comedy shows BALLS OF STEEL and THE RICHARD TAYLOR INTERVIEWS and has most recently hosted a series for C4 seeking out the WORLD'S TALLEST WOMAN.., SHORTEST MAN.., FATTEST PET.. AND HAIRIEST PERSON.. AND ME.

Mark helped launch More 4 as the host of THE LAST WORD, a late night topical discussion show in which he grilled the great and the good on the day's big stories.

Mark started as a stand-up comedian in 2000 reaching the final of Channel 4's SO YOU THINK YOU'RE FUNNY competition. In 2007 Mark performed his highly successful and critically acclaimed show I'M HERE TO HELP at the Edinburgh Festival.

Mark is a regular presenter on LBC radio and BBC London, as well as being a panellist on a wide variety of BBC Radio 4 comedy shows.