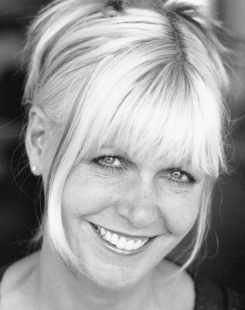 Julie is best known as an actress with a career spanning over thirty years in Theatre and Television. Her TV credits include TAGGART, HOLBY CITY, THE BILL, DOCTORS, LUV, A WOMAN'S GUIDE TO ADULTERY and FIRST BORN, but is probably best recognised for her work in UK soaps &ndash; notably BROOKSIDE, EMMERDALE and HOLLYOAKS.

When not performing Julie writes about travel, lifestyle and sex for Metro, Scarlet, Cosmopolitan, Bella, Woman, The Sun, Men's Health and The Mail on Sunday.