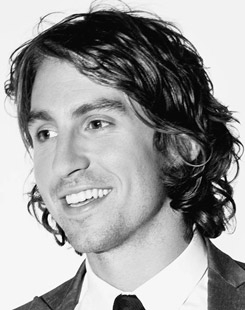 2012 was a busy year for George which he kicked off by hosting live Channel 4 show 'The Bank Job' giving contestants the chance to pull off the ultimate heist and walk away with a life changing sum of money. Additionally he did a stint presenting on talkSPORT alongside his old on-air partner Marc Hughes, and further to this launched his own podcast. 2012 also saw him return to host CLOTHES SHOW LIVE.

George hosted a show on BBC Radio 6 music until 2010. For three years he presented E4's Big Brother's Little Brother, finally saying goodbye to a fantastic final series. George has embarked on a number of projects since, from hosting BBC3's Bafta Red Carpet coverage to being the first on set after the live anniversary episode of Eastenders Live: The Aftermath for BBC3.