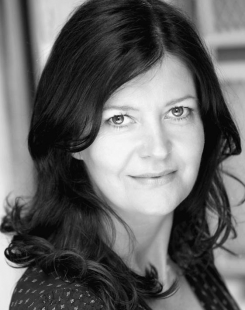 Kate is an actress, writer/performer, singer and impressionist. She has been station voice at Absolute Radio for 11 years and is now resident voice for Magic FM, Jazz FM and Scala FM.

Having had a head start on Crackerjack as “Young Entertainer of the Year”, she has recorded thousands of TV and radio commercials since 1996 as a character, an endline, an impression or the Ts & Cs, occasionally all on the same script.

Radio : various in How To Burn A Million Quid (BBC R4 & BBC Sounds); Margaret Thatcher and others in Classic FM’s The Pazza Factor;  various impressions in BBC  R4’s Lewis Macleod Is Not Himself , writer/performer on 4 series with Rory Bremner, various patients in five series of R4’s NHS satirical sitcom Polyoaks and leading roles in Michael Morpurgo’s Alone On A Wide Wide Sea for BBC Radio 2.